I grew up in Wimbledon, I always loved making up stories and drawing pictures, my favourite book as a child was Mr Silly and it still is!

Before leaving home I spent my summers working at Chessington zoo making donuts, I would accidentally on purpose stick my wooden spoon into the donut making machine, this would cause the donuts to break into pieces. You cannot of course sell broken bits of donuts so I had to eat all those bits...

I left home as soon as I could, to study art in Brighton. I had a lot of fun doing my degree and graduated in 1994. Bloomsbury books put a note in my comments book at my degree show and as a result I illustrated my very first book with them in 1995, 'The sun is a bright star’ written by Ken Wilson-Max

I used to be courier for Chris Riddell while I was at University, I drove his political cartoon to the Independent newspaper every Sunday morning. Chris Riddell was hugely encouraging to me and introduced me to Walker books who let me do some books for them, including Olivers Wood in 1996

I met Paul Linnet in 2006 I could instantly see I’d met a fellow nitwit that liked talking nonsense. In the last 11 years we have made many books together and also a person called Wanda who is very lovely. We live in a half decorated house in Brighton and have a lot of fun writing stories together in a small room there.

When I was eight years old I was cruelly whisked away to live in a grim, grey, mining town in the midlands called Swadlincote. I did not enjoy it.

I grew up reading Tintin and playing all of the classic 80’s video games on my BBC micro computer model B. And being moody and difficult. When I was about thirteen I became obsessed with scribbling, writing, guitars and motorcycles (see later)

I ‘studied’ graphic design at Derby but mainly messed about and made stuff out of polystyrene. After Uni I decided art wasn’t for me and that I would never draw again! So I formed a band called Chihuahuas (described by the late great Tony Wilson as ’some mental guys’) and nearly became famous. Even had NME single of the week. Did some touring in the US and then spectacularly split up. (I was also a member of the punk performance band called ‘Rubber Love’ but that’s a whole different story)

Eventually I grew sad in the midlands so I moved back to Brighton to live in a big squat which was a great and also sobering experience and probably the making of me.

One day I met this lovely lady called Sue and we made up a story about a fish with fingers and then a slug with a doughnut shell. Now no-one seems to be able to stop us making more and more frankly ridiculous books. We’ve even won awards and stuff!! P.S. I still love scribbling, writing, guitars and motorcycles.

It's all very well being a superhero and saving the day... but what if there was no one there to cause the chaos?

To provide these heroes with their chances to shine?

Would we even need superheroes?! Fortunately, this isn't something we will have to worry about any time soon.

The Evil Pea is BACK! And this time he has his biggest, most dastardly plan yet to take over the supermarket... 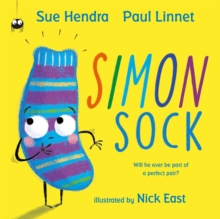 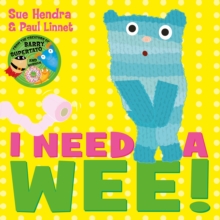 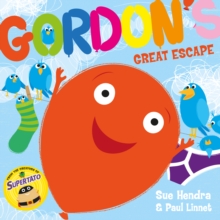 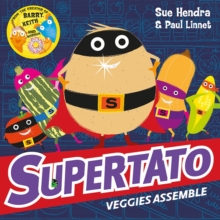 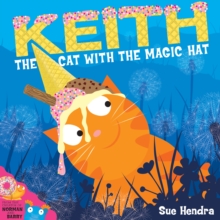 Keith the Cat with the Magic Hat 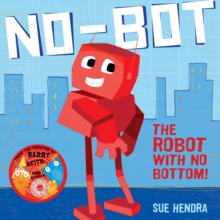 No-Bot, the Robot with No Bottom 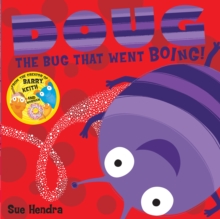 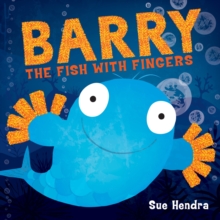 Barry the Fish with Fingers