Dave Rudden is twenty-seven years old and lives in Dublin. He holds a first class honours Creative Writing Masters from University College Dublin. His short stories and poetry have been published in such journals as Bare Hands, Wordlegs and the Quotable. He was shortlisted for the Bath Short Story Prize 2013, longlisted for the Fish Poetry Prize 2013 and won the Fantasy Book Review 2011 Short Story Prize. Dave Rudden enjoys cats, adventure and being cruel to fictional children. Knights of the Borrowed Dark is his first novel.

Born in 1975 in Málaga, southern Spain, Guillermo Erades is a debut novelist and diplomat. A lover of food, birds, vinyl and bookshops, Erades combines his writing with his career in international relations, where he focuses on conflict resolution. It was mostly during a diplomatic posting in Iraq, locked down in a high-security compound in Baghdad’s Green Zone, that Guillermo wrote his first novel Back to Moscow – with the air conditioning on its highest setting as he evoked the snowy streets of Moscow in the early 2000s. 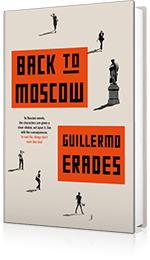 Harry Parker grew up in Wiltshire and was educated at University College London. He joined the British Army when he was twenty-three and served in Iraq in 2007 and Afghanistan in 2009. He now lives with his wife in London. He's also a painter, attends art school, and completed a postgrad at the Royal Drawing School. He sea-kayaks in his spare time. Anatomy of a Soldier is his debut novel.

Anatomy of a Soldier

Monica Wood is an award-winning, bestselling novelist and memoirist. Born in Maine, New England, to an Irish Catholic family, she worked as a guidance counsellor and in a nursing home before becoming a full-time writer. It was her time in the nursing home, and the people she met that formed the basis for the characters in her first book. The One in a Million Boy has both a physical and psychological road trip at the core of the story. 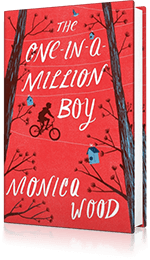 The One in a Million Boy