Mike Bullen is best known as the creator/writer of the BAFTA award-winning series Cold Feet, about adults trying to be grown up, much of which was autobiographical. His other TV shows include Life Begins, starring Caroline Quentin, and Sunburn, starring Michelle Collins. In a previous life Mike was a radio producer/presenter. He conceived his BBC World Service documentary series Stormclouds Over The Himalayas as a way to be paid to go travelling; it won a Sony Gold Award. Trust is his first novel.

Trust : The debut novel from the creator of Cold Feet

Naomi was born and brought up in Edinburgh, Scotland, and studied Costume for Performance at the London College of Fashion, where she graduated with a First in 2010. Her design background has heavily influenced her illustration, as well as her love for the decorative arts, vintage picture books and historic buildings. She worked in the film industry for eighteen months before deciding to pursue a career in illustration. The Crow’s Tale is her first published book. She lives on a houseboat in west London. 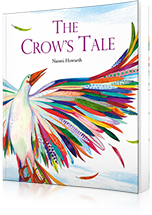 Roland Chambers has had some adventures of his own. He's been a pig farmer, a film maker, a journalist, a pastry chef, a cartoonist, a teacher, a private detective and an author. He's also lived in a few different countries, including Scotland, Australia, Poland, America and Russia. Now he lives with a professor next to a cake shop in London. He owns two cats, two children and two guinea pigs.

Nelly and the Quest for Captain Peabody

Lauren James is a scientist by day, writer by early hours of the morning. She graduated in 2014 with a Masters degree in Natural Sciences from the University of Nottingham, where she studied Chemistry and Physics. She now lives in the village of Berkswell, West Midlands. 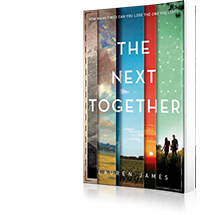