Singer-songwriter James Blunt rose to fame in 2004 following the release of his debut album Back to Bedlam and singles You're Beautiful and Goodbye My Lover. The album has sold over 11 million copies worldwide, topping the UK Albums Chart, and is the best-selling album of the 2000s in the UK.

Following four more studio albums - All the Lost Souls (2007), Some Kind of Trouble (2010), Moon Landing (2013) and The Afterlove (2017) - his sixth studio album Once Upon A Mind sees James Blunt return to what he does best; starkly honest, emotionally charged, melodically rich songwriting and performance. 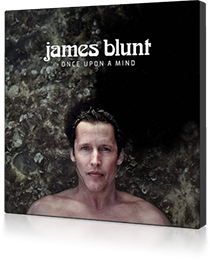 Once Upon a Mind - James Blunt

James Blunt started working on Once Upon A Mind in October 2018, just two weeks after he came off the road from touring The Afterlove. He said that he worked on the album “literally every single day” from then until August 2019. He had to go that hard, and that deep, and that consistently. Because this is the album of his life.

The flagship track, setting out Blunt’s emotional stall, is first single Cold. It’s an irresistible Celtic rush of a song, yet one whose feel belies the message at the heart of it - an acknowledgement to his wife that the life of a touring musician is brutal on those they hold dearest.

In a nod to Carrie Fisher - his great friend and champion who he lived with while he recorded Bedlam and three subsequent albums - her ceramic pill that adorned the CD on Back To Bedlam is back on the disk of Once Upon A Mind. Fisher would also surely have loved the songs on Once Upon A Mind and she’d have appreciated the deeply personal resonances - and the circularity - in Cold.

I just filmed the video in Wales, with no top on. The last time I did that was over 15 years ago, in the video for You're Beautiful. This time, I had to suck my stomach in like mad.

In the film Blunt emerges from the water. He’s wearing the same trousers he was wearing 15 years ago. He climbs up a hill and finds the possessions from that video, that time, that dawn of the career of one of the most successful British artists of the 21st century: the same keys, same plectrum, same ring, same T-shirt, same jumper, same coat. Then, at the top of the hill, a helicopter takes him away.

And I’m back where I started. Writing songs for me and the people around me. And I’m free again. 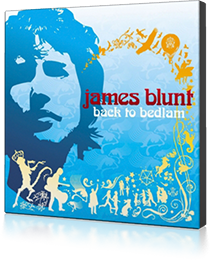 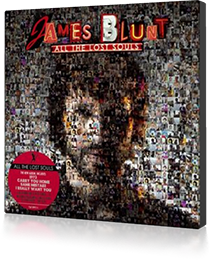 All the Lost Souls 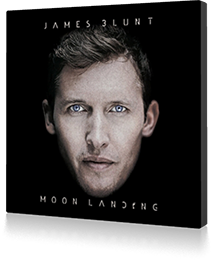 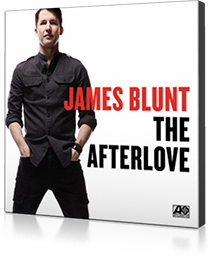