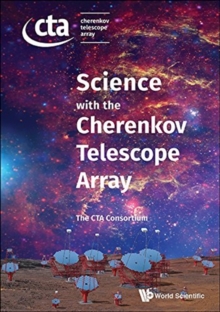 This book summarizes the science to be carried out by the upcoming Cherenkov Telescope Array, a major ground-based gamma-ray observatory that will be constructed over the next six to eight years.

The major scientific themes, as well as core program of key science projects, have been developed by the CTA Consortium, a collaboration of scientists from many institutions worldwide.CTA will be the major facility in high-energy and very high-energy photon astronomy over the next decade and beyond.

CTA will have capabilities well beyond past and present observatories.

Thus, CTA's science program is expected to be rich and broad and will complement other major multiwavelength and multimessenger facilities.

This book is intended to be the primary resource for the science case for CTA and it thus will be of great interest to the broader physics and astronomy communities.

The electronic version (e-book) is available in open access.