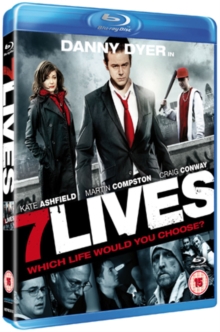 Danny Dyer and Kate Ashfield star in this British fantasy drama loosely based on the classic 1946 film 'It's a Wonderful Life'. 30-something Tom (Dyer) has fallen out of love with his life.

Feeling trapped and disillusioned in his job and his role of husband and father, he is easily seduced by a client's offer to show him a more exciting life.

Then one night Tom is attacked by a gang of hoodies on his way home from work, and finds himself in a parallel world in which he tries out five other lives including a rock star, a homeless person and even the hoody that mugged him.

His experience forces him to re-evaluate his priorities and values - but in order to get home he must face up to some of his darkest fears and desires.