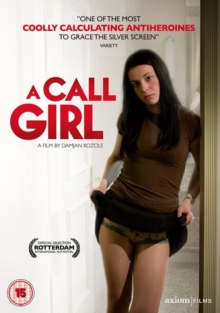 Drama set in Slovenia following a girl who moves from a small village to the big city only to get caught up in a political scandal.

Alexandra (Nina Ivanisin) initially relishes the freedom and anonymity of life in the Slovenian capital, Ljubljana - a stark contrast to the claustrophobia of the small village in which she grew up.

With Slovenia holding the presidency of the European Union at the time, she sets herself up as a call girl believing that she will make a lot of money from visiting diplomats.

Things go according to plan until a high-profile politician suffers a heart attack and dies in her presence.

Alexandra suddenly finds herself sought after by the tabloid press, as well as some even less wholesome forces, and may be left with no choice but to return to her village and the father (Peter Musevski) and boyfriend (Uros Furst) she was determined to escape.