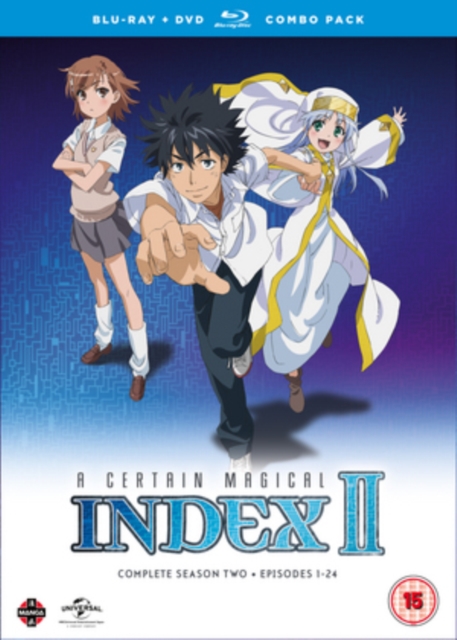 All 24 episodes from the second season of the animated series based on the light novel by Kazuma Kamachi.

Touma Kamijou (voice of Atsushi Abe) continues his fight against both espers and magicians, wielding the great power imbued in his hand.

Tensions continue to rise between Academy City and the magical world and soon they will collide in another great conflict.