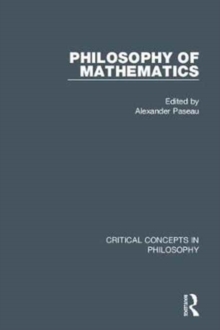 Edited by A. C. Paseau

Part of the Critical Concepts in Philosophy series

Mathematics is everywhere and yet its objects are nowhere.

There may be five apples on the table but the number five itself is not to be found in, on, beside or anywhere near the apples.

So if not in space and time, where are numbers and other mathematical objects such as perfect circles and functions? And how do we humans discover facts about them, be it Pythagoras' Theorem or Fermat's Last Theorem?

These and related philosophical questions are of particular interest because of mathematics' unusual status.

Mathematics is exceptional in that, on the one hand, it appears unhesitatingly true-no one doubts that 2 + 3 = 5-but on the other, as just noted, it is not about the physical world.

But contemporary philosophy of mathematics is rather different from its pre-twentieth-century antecedents, largely for three reasons.

The first is that since the seventeenth century, mathematics has become integral to science.

Science has over the past few centuries become increasingly mathematical, and indeed the fundamental science of nature, physics, is today recognised as a branch of applied mathematics.

The second is that mathematics underwent a transformation in the course of nineteenth century: having started the century as a rather traditional-looking science of quantity it emerged a hundred years later a radically transformed abstract theory of structure.

The final factor in the transformation of the philosophy of mathematics is the rise of modern logic.

Developed by Frege, Cantor and others in the late nineteenth century, modern logic pervades contemporary mathematics, philosophy and computer science, and has had an immeasurable effect on the philosophy of mathematics. These volumes will collect the major works in this major field, with a focus on the last few decades.

The anthology will include technical work, which interprets philosophically significant mathematical results or subfields of mathematics, as well as purely philosophical writing, aimed at those without advanced mathematics.

The collection should be of interest to both philosophers and mathematicians, as well as to anyone who is susceptible to wondering what the main intellectual tool used in science, economics and finance, and indeed everyday life is ultimately about.

Also in the Critical Concepts in Philosophy series   |  View all 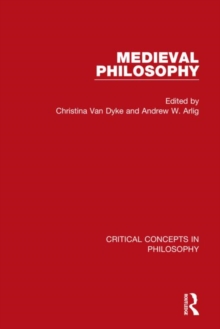 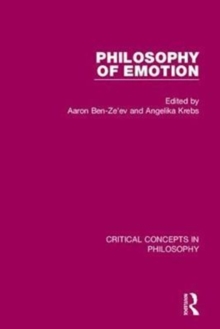 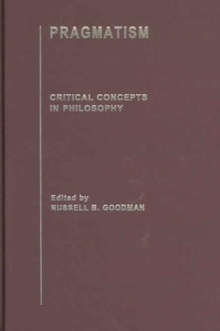