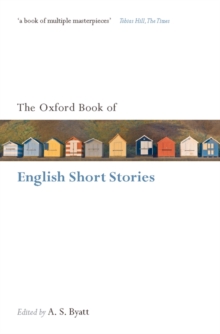 Edited by A. S. Byatt

Part of the Oxford Books of Prose & Verse series

The Oxford Book of English Short Stories , edited by A.

S. Byatt, herself the author of several collections of short stories, is the first anthology to specifically take the English short story as its theme.

The 37 stories featured here are selected from the nineteenth and twentieth centuries, ranging from Dickens, Trollope, and Hardy to J.

G. Ballard, Angela Carter, and Ian McEwan, though many draw ingeniously from the richness of earlier English literarywriting. There are all sorts of threads of connection and contrast running through these stories.

Their subjects vary from the sublime to the ridiculous, from the momentous to the trivial, from the grim to the farcical.

There are examples of social realism, from rural poverty to blitzed London; ghost stories and tales of the supernatural; surrealfantasy and science fiction.

There are stories of sensibility, precisely delineated, from Hardy's reluctant bride to the shocked heroine of Elizabeth Taylor's The Blush, from H.

H. Lawrence's exploration of a consciousness slowlydetaching itself from its world.

There are exuberant stories by Saki and Waugh, Wodehouse and Firbank, with a particularly English range from high irony to pure orchestrated farce. The very range and scope of the collection celebrates the eccentric differences and excellences of English short stories.

Some of A. S. Byatt's choices clearly take their place in the grand tradition of story-telling, while others are more unusual.

Many break all the rules of unity of tone and narrative, appearing to be one kind of story before unexpectedly turning into another.

They pack together comedy and tragedy, farce and delicacy, elegance and the grotesque, with language as various asthe subject matter.

As A. S. Byatt explains: 'My only criterion was that those stories I selected should be startling and satisfying, and if possible make the hairs on the neck prickle with excitement, aesthetic or narrative'.

Also in the Oxford Books of Prose & Verse series   |  View all 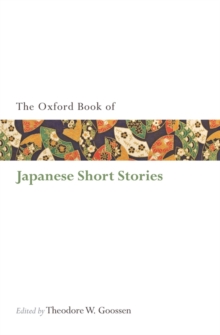 The Oxford Book of Japanese Short... 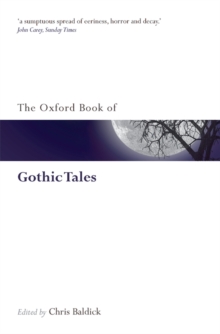 The Oxford Book of Gothic Tales 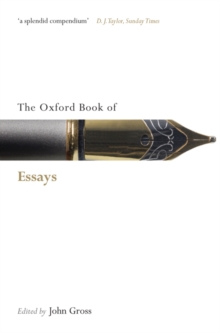 The Oxford Book of Essays 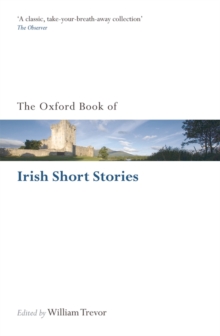