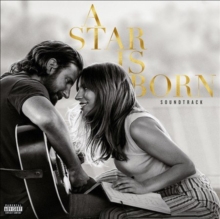 A Star Is Born CD / Album

'A Star Is Born' is the 2018 soundtrack album from the musical film of the same name directed by Bradley Cooper. Stars Cooper and Lady Gaga collaberated on the soundtrack with an assortment of country musicians, including Lukas Nelson, as well as DJ White Shadow for the more pop-orientated songs. The soundtrack progresses chronologically through the film, and includes excerpts of film dialogue. Commercially, it has topped the charts in more than 15 countries, achieving gold and platinum certifications, while selling over six million copies worldwide.