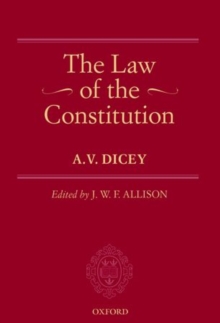 The Law of the Constitution Hardback

The Law of the Constitution has been the main doctrinal influence upon English constitutional thought since the late-nineteenth century.

It acquired and long retained extraordinary legal authority, despite fierce criticism and many changes in law and government.

By many, it was treated as a canonical text embodying axiomatic principles, or it was simply understood as indeed the law of the constitution; and even by its critics, it was still granted the statusof orthodoxy.

Basic constitutional principles became commonly conceived in Diceyan terms: parliamentary sovereignty was pure and absolute in being without legal limit; and Dicey's rule of law precluded recognition of an English administrative law and thus retarded its development for decades.

The Oxford Edition of Dicey provides sources with which to reassess the extraordinary authority and lasting influence of Dicey's canonical text.

This volume consists of Dicey's rare first edition in its original lecture form and of the main addenda in later editions.

It facilitates a historical understanding of Dicey's original text in its context and of later changes when they were made.

In introducing the first volume, John Allison reassesses The Law of the Constitution'sauthority and the kinds of response it has elicited in view of its original educative form and educational context. 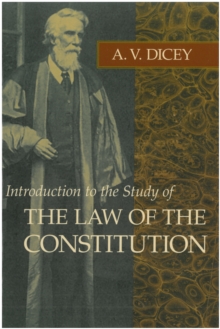 Introduction to the Study of the Law of... 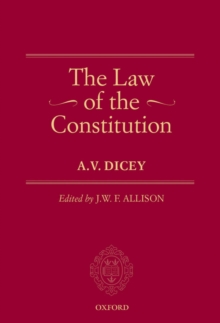 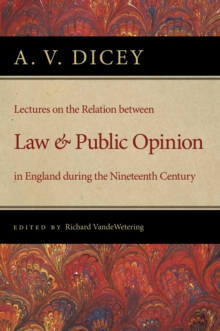 Lectures on the Relation between Law...