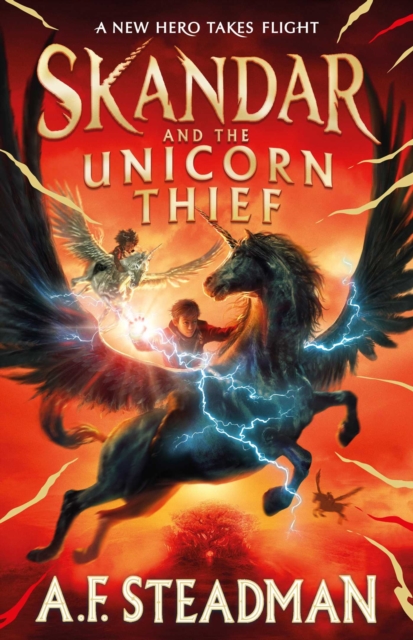 Part of the Skandar series

Soar into a breathtaking world of heroes and unicorns as you've never seen them before, in this first book in the new bestselling fantasy adventure series for children age 9+, and fans of Harry Potter, Percy Jackson and Amari and the Night Brothers. 'Steadman . . . has created an engrossing world that certainly brings to mind JK Rowling, Philip Pullman's daemons and Veronica Roth's Divergent series.' - The Times Children's Book of the Week'Pacy, enthralling and epic, a gripping read.' - Louie Stowell, author of Loki and Otherland 'A dazzling feat of imagination.

I loved every breathless moment of it!' - Cat Doyle, author of The Storm Keeper's Island and co-author of Twin Crowns'The best book I've ever read.' - Patrick, age 10Thirteen-year-old Skandar Smith has only ever wanted to be a unicorn rider.

To be one of the lucky few selected to hatch a unicorn.

To bond with it for life; to train together and race for glory; to be a hero. But just as Skandar's dream is about to come true, things start to take a more dangerous turn than he could ever have imagined.

A dark and twisted enemy has stolen the Island's most powerful unicorn - and as the threat grows ever closer, Skandar discovers a secret that could blow apart his world forever . . . Get ready for unlikely HEROES, elemental MAGIC, sky battles, ancient secrets, nail-biting races and FEROCIOUS UNICORNS, in this EPIC ADVENTURE series that will have your heart soaring. Praise for Skandar and the Unicorn Thief: 'My book of the year.

Not since Harry Potter have I felt this excited about a series.

Readers are sure to be clamouring for the next book.

You'll never look at unicorns the same way again, nor will you want to!' - Dominique Valente, author of the Starfell series 'Never have unicorns been so ferocious, fearsome and thrilling!

I raced through it - at turns enthralled, delighted, amazed.

It's everything I could have wanted and more. No doubt this book is going to fly.' - Hannah Gold, author of The Last Bear 'Skandar and the Unicorn Thief brims with wild adventure, fierce sky battles, elemental magic, ferocious unicorns and a terrifying enemy.

F. Steadman has created a stunning new world that feels both familiar and fresh, with a cast of characters that will stay with you long after you've finished reading.' -Tola Okogwu, author of Onyeka and the Academy of the Sun 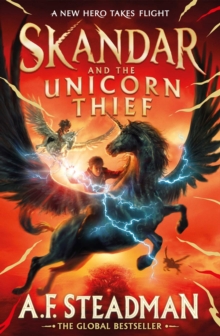 Skandar and the Unicorn Thief

Also in the Skandar series

Skandar and the Unicorn Thief