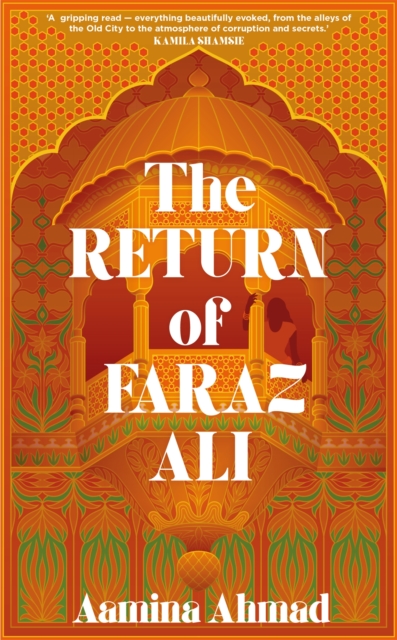 The Return of Faraz Ali Hardback

'A gripping read - everything beautifully evoked, from the alleys of the Old City to the atmosphere of corruption and secrets.' Kamila Shamsie A spellbinding debut set in Pakistan during the anarchic late '60s - a multi-layered tale of family, identity and the politics of power in a caste-ridden society. As riots erupt on the streets of Lahore, Inspector Faraz returns to his birthplace, the red-light district in the ancient walled city where women still pass on the profession of courtesan to their daughters.

Plucked from it as a small boy by his influential father, Faraz has kept his roots well hidden.

Now his father has sent him back: to cover up the murder of a young prostitute. It should be a simple task in the marginalised community, but Faraz finds himself unable to obey orders or to resist searching for the mother and sister he left behind.

Chasing down the walled city's labyrinthine alleys for answers that risk shattering his carefully constructed existence, he is unaware that his sister faces having to return too, and to a life she thought she had escaped. As riveting as it is thought-provoking, as profoundly intimate as it is wide in scope, The Return of Faraz Ali poses a timeless question: whom do we choose to protect, and at what price?