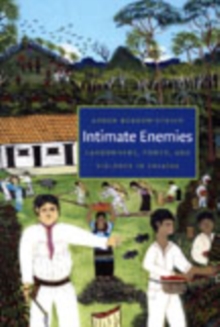 Intimate Enemies is the first book to explore conflicts in Chiapas from the perspective of the landed elites, crucial but almost entirely unexamined actors in the state's violent history.

Aaron Bobrow-Strain takes the landowners of Chiapas seriously, asking why coffee planters and cattle ranchers with a long and storied history of violent responses to agrarian conflict reacted to land invasions triggered by the Zapatista Rebellion of 1994 with quiescence and resignation rather than thugs and guns.

In the process, he offers a unique ethnographic and historical glimpse into conflicts that have been understood almost exclusively through studies of indigenous people and movements.

Weaving together ethnography, archival research, and cultural history, Bobrow-Strain argues that prior to the upheavals of 1994 landowners were already squeezed between increasingly organized indigenous activism and declining political and economic support from the Mexican state.

He demonstrates that indigenous mobilizations that began in 1994 challenged not just the economy of estate agriculture but also landowners' understandings of progress, masculinity, ethnicity, and indigenous docility.

By scrutinizing the elites' responses to land invasions in relation to the cultural politics of race, class, and gender, Bobrow-Strain provides timely insights into policy debates surrounding the recent global resurgence of peasant land reform movements.

At the same time, he rethinks key theoretical frameworks that have long guided the study of agrarian politics by engaging political economy and critical human geography's insights into the production of space.

Describing how a carefully defended world of racial privilege, political dominance, and landed monopoly came unglued, Intimate Enemies is a remarkable account of how power works in the countryside. 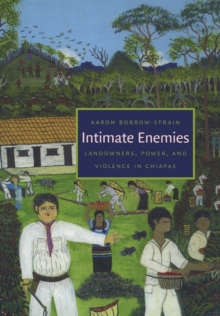