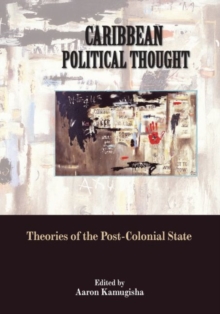 Caribbean Political Thought: Theories of the Post-Colonial State reckons with the vast body of radical work and thought on the post-colonial Caribbean state.

It focuses on the period after the Second World War, when a significant number of Caribbean countries gained their independence, and the character of the region's post-colonial politics had become clear.