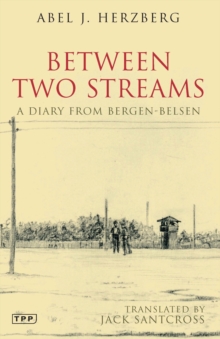 Between Two Streams : A Diary from Bergen-Belsen Paperback / softback

At the height of the Holocaust it was Nazi policy to preserve small groups of 'privileged' Jews for possible use in exchanges with Allied-held German civilians.

Held in the special 'Sternlager' at Bergen-Belsen their 'privilege' amounted to being kept alive rather than gassed.

One such internee - Abel Herzberg, a Dutch lawyer and writer - managed, in the hell of Bergen-Belsen, to keep a diary which chronicles the horrific reality of daily existence in the camp.

Among the passengers on the train that carried Herzberg both to Belsen and away from the camp a year later was a 9-year-old boy.

The result is this unique eyewitness account of life in one of the most notorious Nazi concentration camps and a work of great historical importance.