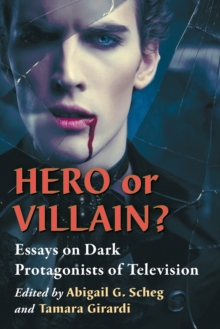 One dimensional television characters are a thing of the past-today's popular shows feature intricate storylines and well developed characters.

From the brooding Damon Salvatore in The Vampire Diaries to the tough-minded Rick Grimes in The Walking Dead, protagonists are not categorically good, antagonists often have relatable good sides, and heroes may act as antiheroes from one episode to the next. This collection of new essays examines the complex characters in Orange Is the New Black, Homeland, Key & Peele, Oz, Empire, Breaking Bad, House, and Buffy the Vampire Slayer.