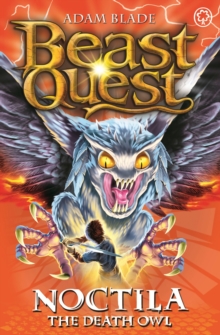 Battle fearsome beasts and fight evil with Tom and Elenna in the bestselling adventure series for boys and girls aged 7 and up. Tom thinks he has defeated his enemy, Evil Wizard Malvel.

But he is wrong! Malvel lives, and he intends to bring doom to Avantia by creating six deadly Beasts.