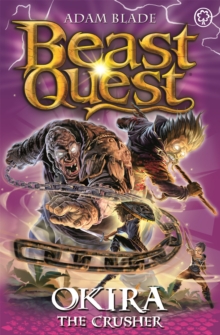 Battle fearsome beasts and fight evil with Tom and Elenna in the bestselling adventure series for boys and girls aged 7 and up. Dark Wizard Malvel has stolen the Amulet of Avantia and plans to attack the kingdom of Avantia with four new, deadly Ghost Beasts.

If they don't retrieve the amulet, Tom and Elenna will be trapped on the Isle of Ghosts for ever!

The heroes must now face an enormous ogre, Okira the Crusher... There are FOUR thrilling adventures to collect in this series - don't miss out!