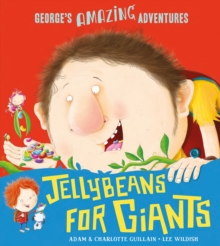 Join George on a new rhyming adventure in the latest title in the bestselling picture book series, from award-winning authors, Adam and Charlotte Guillain. A boy called George had a breathtaking thought,that giants might really exist ... When George plants a jellybean in his garden it grows into an enormous beanstalk and George is sure there must be a friendly giant at the top.

As he climbs bravely up the beanstalk, higher and higher, George encounters a magical pixie, a stinky troll and gets stuck in a very sticky web ... Combining a classic fairytale story with fun rhyming text and silly humour, Jellybeans for Giants is the perfect picture book fun for children aged 3 years and up. All of George's adventures are available to collect with brilliant new bright covers.

Find more treats and daring feats in: Spaghetti with the Yeti Marshmallows for MartiansDoughnuts for a DragonPizza for PiratesSocks for SantaTreats for a T. rexMuffins for Mummies Praise for George's Amazing Adventures series:'a completely engaging and entertaining world'The Bookbag Adam Guillain is a performance storyteller and was the Roald Dahl Museum and Story Centre Writer in Residence.

Charlotte Guillain taught English to air traffic controllers and nurses before deciding a career in publishing would endanger fewer lives.

They have written several books together including Supermarket Gremlins, School for Dads and the George's Amazing Adventures series.

The first title in the series, Spaghetti with the Yeti, was nominated for nine awards including the Roald Dahl Funny Prize. Lee Wildish lives in Lancashire and has been illustrating from a very young age.

He loves illustrating children's books and thinks there's nothing better than seeing people laughing at a book he's illustrated.

His titles include The Spooky Spooky House which was the winner of the Red House Children's Book Award 2013, and the New York Times bestselling How to Babysit a Grandpa.

Also by Adam Guillain   |  View all 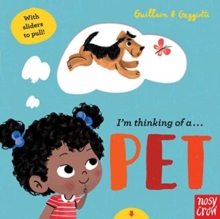 I'm Thinking of a Pet 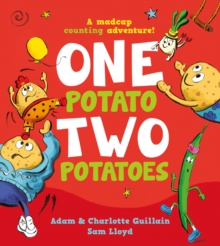 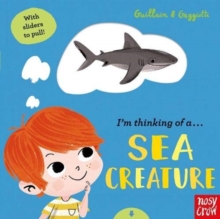 I'm Thinking of a Sea Creature 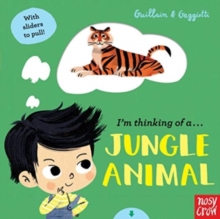 I'm Thinking of a Jungle Animal