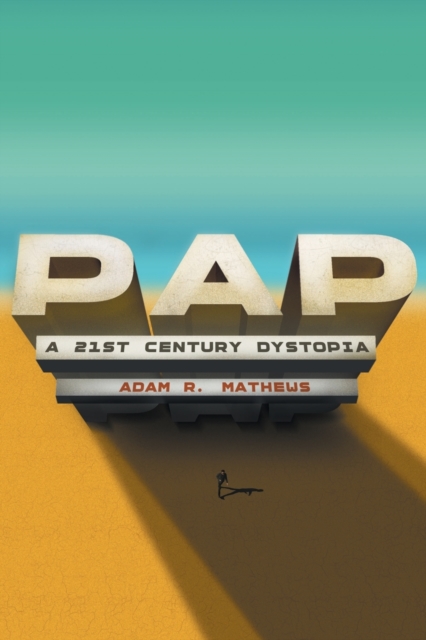 It describes a world where a single corporation, PapCorp, has come to dominate all facets of daily life from security to water, agriculture to the news.

Through their omnipotent PapDrive Corneal Implants, without which modern life would be impossible, PapCorp even influences what people see around them and their most intimate memories.

In Manchester, under the Bio-domes of PapCorp's home city, the presenter of PapNews' Humbolt Hour, Vincent Humbolt, spends most of his programme gossiping about the never-ending sex scandals around the corporation's CEO.

This leaves only seconds for a montage of another PapSec victory overseas.

Not that Vincent's wife, Naomi, cares about any of that - she needs shoes for the PAPTA awards and doesn't have the credit to buy them.

Meanwhile, millions flee their homes as the land dies beneath them.

Drought, pollution, storms, and sometimes the end of PapSec's long arm, all drive people from their homes. People like Aliya Talavera, her parents and the rest of the citizens of Murcia, made homeless after PapPop built the fifth letter of their logo around the city to create the world's largest advertisement, and sent in PapSec to clear the 'Anarcho-terrorist' stronghold in its midst.

Pap is the first of three novels exploring the same theme.

The next book, Pap Up, will chronicle the rise of the world's greatest corporation, while the third novel, PapDown, will tell the story of PapCorp's inevitable downfall.