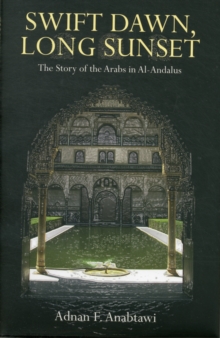 Swift Dawn, Long Sunset : The Story of the Arabs in Al-Andalus Hardback

This book, about the story of the Arabs in Al-Andalus from 711-1492 AD, begins with a brief account of the march that took the Arab armies beyond the confines of the Arabian Peninsula to the Iberian Peninsula, and beyond, to Poitiers in France.

It also describes the circumstances that led to these conquests and to the eventual fall of the Arab state in Al-Andalus, eight centuries later. Written in a simple style with the ordinary reader in mind, as it describes the dramatic events as well as the great accomplishments that culminated in a brilliant civilisation, it also shows how Arab culture triggered off the process of enlightenment and progress in the whole world for centuries to come. Photographs by the author of the historical sites mentioned in this book can be seen in his website: artopedia.com/gallery