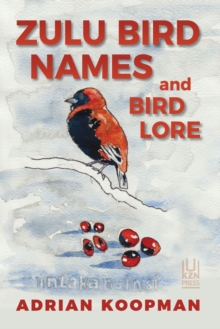 In this book, Adrian Koopman describes the complex relationship between birds, the Zulu language and Zulu culture.

A number of chapters look at the underlying meaning of bird names, and here we will find that the Zulu name of the Goliath Heron means 'what gives birth to baby crocodiles', the dikkop (umbangaqhwa) means 'what causes frost', and the African Hoopoe is a party-goer who wears a colourful blanket.

The book goes further than just Zulu names, exploring the underlying meanings of bird names from other South African languages and languages from Central and East Africa.

Here we find birds with names that translate as 'cool-porridge', 'kiss-banana-flower' and 'waiter-at-the-end-of-the furrow'. A focus on Zulu traditional oral literature details the roles birds have played in Zulu praise poetry (including the praise poems of certain birds themselves) and in proverbs, riddles and children's games.

Also considered is traditional bird lore, examining the role played by various species as omens and portents, as indicators of bad luck and evil, as forecasters of rain and storm, and as harbingers of the seasons.

Here we see that the Bateleur Eagle (ingqungqulu) is linked to war, the Southern Ground Hornbill (insingizi) to thunder and heavy rain, the Red-chested Cuckoo (uphezukokhono) to the start of the ploughing season, and the Jacobin Cuckoo (inkanku) to the start of summer. Zulu Bird Names and Bird Lore discusses the Zulu Bird Name Project, a series of Zulu bird name workshops held between 2013 and 2017 with Zulu-speaking bird guides designed to confirm (or otherwise) all previously recorded Zulu names for birds, while at the same time devising new names for those without previously recorded names.

The result has been a list of species-specific names for all birds in the Zulu-speaking region.

Finally, the book turns to the role such new bird names can play in conservation education and in avi-tourism. 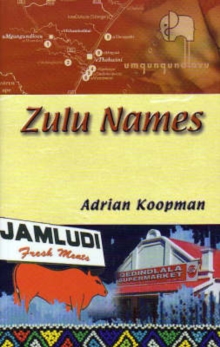 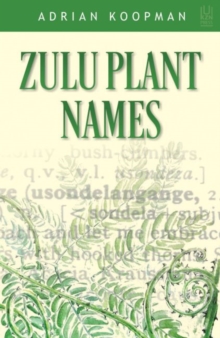