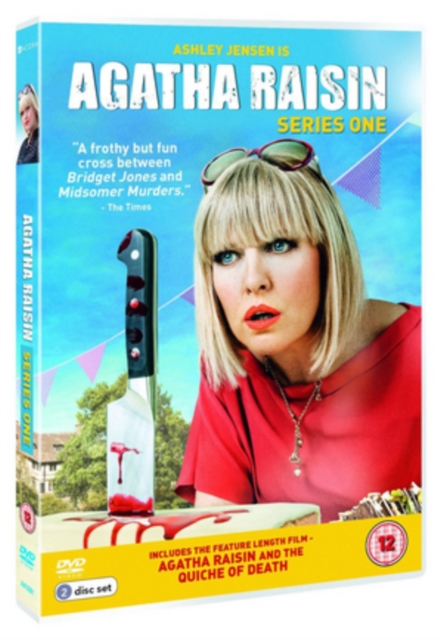 All the episodes from the first series of the British murder mystery comedy drama starring Ashley Jensen, including the feature-length pilot broadcast in 2014.

When public relations guru Agatha (Jensen) gives up her high profile London job to start a new life in the country, an entry into Carsley village's annual quiche competition finds her the suspect in a murder enquiry.

As she settles in to village life, clearing her name as a murder suspect, Agatha begins a new role as amateur sleuth, taking it upon herself to solve Carsley's crimes.

The episodes are: 'Agatha Raisin and the Quiche of Death', 'The Walkers of Dembley', 'Hell's Bells', 'The Wellspring of Death', 'The Potted Gardener', 'The Vicious Vet', 'The Day the Floods Came', 'The Witch of Wyckhadden' and 'Murderous Marriage'.