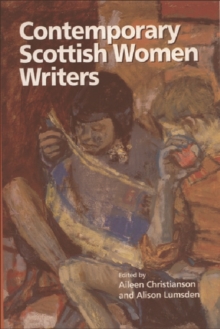 This collection of essays, by both new and established critics, provides stimulating readings of many of the Scottish women writers working in Scots and English today. A variety of critical approaches ensures diversity in these essays on fiction, poetry and drama. While in the growing field of Scottish women's writing it is impossible to be all encompassing, these essays cover a wide range from the most established, Muriel Spark, to newer writers such as Laura Hird. It includes new readings of Janice Galloway and A. L. Kennedy and examines the work of poets such as Carol Ann Duffy and Kate Clanchy, dramatists such as Sharman Macdonald and Sue Glover as well as writers, including Jackie Kay, who cross genre boundaries. Exploring the interface between gender and nation as well as the excitement and energy generated by much of this writing, these essays fill a gap in critical response to contemporary Scottish women writers.