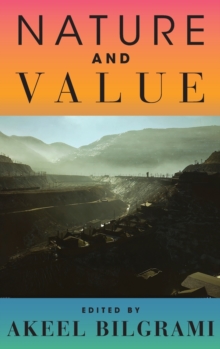 Today, as we confront an unprecedented environmental crisis of our own making, it is more urgent than ever to consider the notion of nature and our place within it.

By engaging with a wide range of scholarship, they ultimately converge on a common outlook that is both capacious and original.

The essays together present a revaluation of the natural world that seeks to reshape political and ethical ideals and practice with a view to addressing some of the fundamental concerns of our time. Nature and Value features widely known scholars in a broad swath of disciplines, ranging from philosophy, politics, and political economy to geology, law, literature, and psychology.