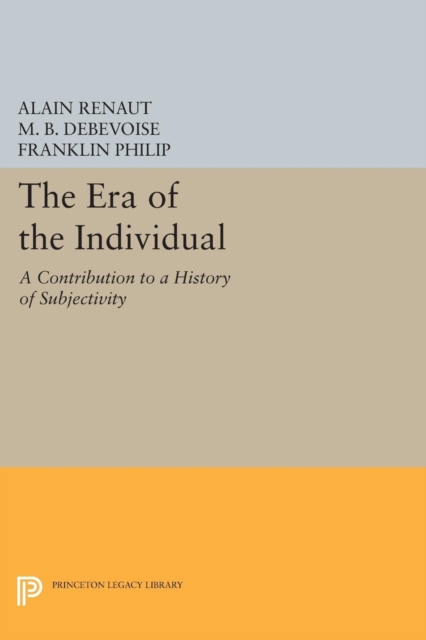 The Era of the Individual : A Contribution to a History of Subjectivity Paperback / softback

With the publication of French Philosophy of the Sixties, Alain Renaut and Luc Ferry in 1985 launched their famous critique against canonical figures such as Foucault, Derrida, and Lacan, bringing under rigorous scrutiny the entire post-structuralist project that had dominated Western intellectual life for over two decades.

Their goal was to defend the accomplishments of liberal democracy, particularly in terms of basic human rights, and to trace the reigning philosophers' distrust of liberalism to an "antihumanism" inherited mainly from Heidegger.

In The Era of the Individual, widely hailed as Renaut's magnum opus, the author explores the most salient feature of post-structuralism: the elimination of the human subject.

At the root of this thinking lies the belief that humans cannot know or control their basic natures, a premise that led to Heidegger's distrust of an individualistic, capitalist modern society and that allied him briefly with Hitler's National Socialist Party.

While acknowledging some of Heidegger's misgivings toward modernity as legitimate, Renaut argues that it is nevertheless wrong to equate modernity with the triumph of individualism. Here he distinguishes between individualism and subjectivity and, by offering a history of the two, powerfully redirects the course of current thinking away from potentially dangerous, reductionist views of humanity. Renaut argues that modern philosophy contains within itself two opposed ways of conceiving the human person.

The first, which has its roots in Descartes and Kant, views human beings as subjects capable of arriving at universal moral judgments.

The second, stemming from Leibniz, Hegel, and Nietzsche, presents human beings as independent individuals sharing nothing with others.

In a careful recounting of this philosophical tradition, Renaut shows the resonances of these traditions in more recent philosophers such as Heidegger and in the social anthropology of Louis Dumont. Renaut's distinction between individualism and subjectivity has become an important issue for young thinkers dissatisfied with the intellectual tradition originating in Nietzsche and Heidegger.

Moreover, his proclivity toward the Kantian tradition, combined with his insights into the shortcomings of modernity, will interest anyone concerned about today's shifting cultural attitudes toward liberalism. Originally published in 1997. The Princeton Legacy Library uses the latest print-on-demand technology to again make available previously out-of-print books from the distinguished backlist of Princeton University Press. 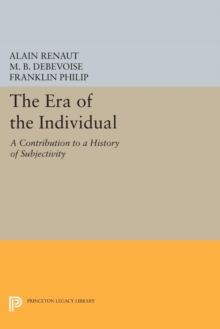 The Era of the Individual 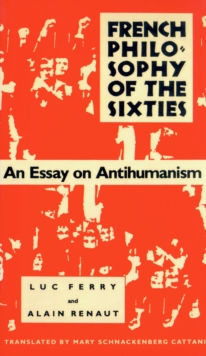 French Philosophy of the Sixties