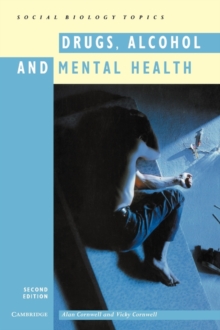 This introductory textbook covers the biochemical, behavioural and social factors which influence the mind.

It discusses all major groups of drugs which are commonly misused, including drugs normally available only on prescription, hallucinogenic drugs, narcotics, and socially acceptable drugs such as caffeine and nicotine.

Alcohol, as the most widely used drug of abuse in most developed countries, is considered in detail: the biological effects of alcohol, the problems resulting from alcohol use, and the means by which alcohol abuse can be controlled, are all discussed.

The final chapters deal with mental health and mental illness.

An excellent introduction to the topic for advanced school and beginning undergraduate biology students.