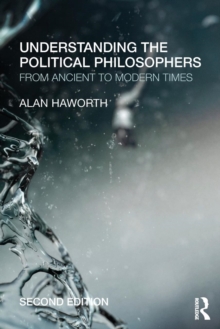 Understanding the Political Philosophers is an absorbing and accessible introduction to the major philosophers and core texts of western political philosophy. Organised historically - beginning with Socrates and Plato, and concluding with post-Rawlsian theory - Alan Haworth presents the key ideas and developments with clarity and depth.

Each chapter provides a concentrated study of a given thinker or group of thinkers and together they constitute a broad account of the main arguments in political philosophy. There are chapters on Socrates, Plato, Aristotle, Hobbes, Locke, Rousseau, the Utilitarians, Marx, and Rawls's early work.

This revised second edition has been brought fully up-to-date, and includes expanded coverage of the period from the death of Aristotle to the sixteenth century, as well as a new chapter on Rawls's later philosophy and the direction of post-Rawlsian philosophy. Including a chronology and suggestions for further reading, Understanding the Political Philosophers is an ideal introductory text for students taking courses in political philosophy or political theory.