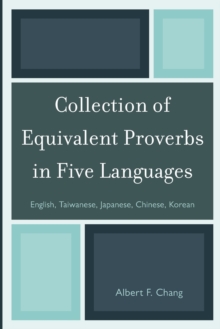 Proverbs are crystals of knowledge acquired from daily life and passed from generation to generation.

The origin of these proverbs is usually not attributed to one specific person.

It is interesting to note that equivalent proverbs exist in many languages, demonstrating the universal nature of humanity.

This book provides a collection of equivalent proverbs in four Asian languages as well as English.

Each of the Asian language proverbs is presented with its literal translation in English.

The book will be of interest for those who enjoy proverbs.

It will also serve as a good reference to students of English as the second language or anyone who is trying to learn any of the five languages. 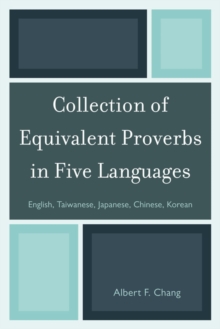 Collection of Equivalent Proverbs in...