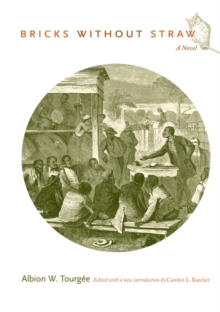 Bricks Without Straw : A Novel Hardback

A classic of American political fiction first published in 1880, a mere three years after Reconstruction officially ended, Bricks Without Straw offers an inside view of the struggle to create a just society in the post-slavery South.

It is unique among the white-authored literary works of its time in presenting Reconstruction through the eyes of emancipated slaves.

As a leading Radical Republican, the author, Albion W.

Tourgee, played a key role in drafting a democratized Constitution for North Carolina after the Civil War, and he served as a state superior court judge during Reconstruction.

Tourgee worked closely with African Americans and poor whites in the struggle to transform North Carolina's racial and class politics.

He saw the ravages of the Ku Klux Klan firsthand, worked to bring the perpetrators of Klan atrocities to justice, and fought against what he called the "counter-revolution" that destroyed Reconstruction.

Bricks Without Straw is Tourgee's fictionalized account of how Reconstruction was sabotaged.

Its plot revolves around a group of North Carolina freedpeople who strive to build new lives for themselves by buying land, marketing their own crops, setting up a church and school, and voting for politicians sympathetic to their interests, until Klan terrorism and the ascendancy of a white supremacist government reduce them to neo-slavery.

This edition of Bricks Without Straw is enhanced by Carolyn L.

Karcher's introduction, which sets the novel in historical context and provides an overview of Albion W.

Tourgee's career, a chronology of the significant events of both the Reconstruction era and Tourgee's life, and explanatory notes identifying actual events fictionalized in the novel. 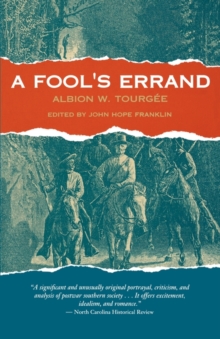 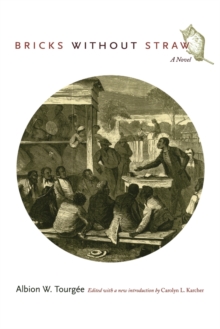 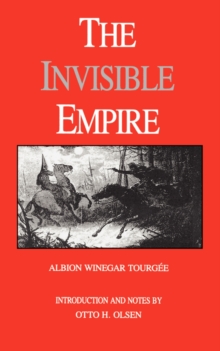 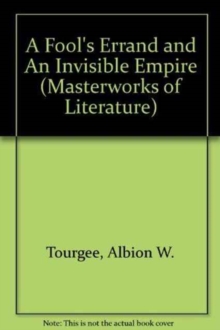 A Fool's Errand and An Invisible Empire