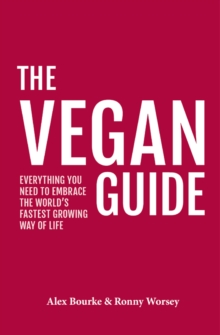 The Vegan Guide : Everything you need to embrace the world's fastest growing way of life Paperback / softback

The Vegan Guide covers everything you need to embrace the world's fastest growing way of life.

It covers all the issues including why vegan, the latest nutrition information (older books will be out of date on vitamin B12 in particular), cooking techniques, and for the first time in the UK the psychology of discussing veganism, and the 20 tribes of vegan - there are lots of ways to do veganism!Featuring:Vegan food from around the world. Cooking vegan staple foods. Replacing meat, dairy and eggs. Bargain meals for tough times. Shopping and eating out. Vegan nutrition in depth. Raising vegan children. Clothing, cosmetics, alcohol, pet food. Reversing heart disease and diabetes, by vegan doctors. The twenty tribes of vegan - which one is yours?The psychology of explaining veganism to family and friends. Veganism will save the world: animals, health, environment. Got a problem? Where to get help. Alex Bourke and Ronny Worsey are two of Britain's most experienced vegan activists.

They have taught veganism for over 20 years in talks, workshops, radio and TV, in cookbooks and travel guides, and working for vegan restaurants and in national vegan organisations helping people to go vegan every day.

No one is better qualified to be your guides to all aspects of living vegan. With contributions from an expert team of vegan specialists including a nutritionist, a counsellor, a vegan vet, doctors and campaigners. 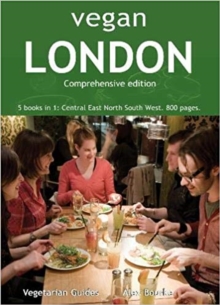