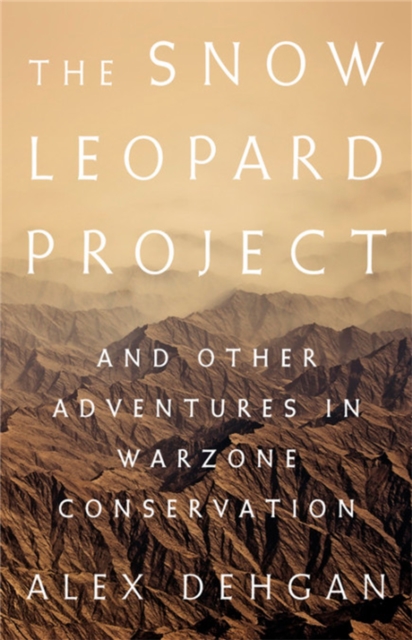 The Snow Leopard Project : And Other Adventures in Warzone Conservation Hardback

It is also a place of extraordinary beauty. Evolutionary biologist Alex Deghan came to Afghanistan and created a startup, Conservation X Labs, to save Afghanistan's unique and extraordinary wildlife and natural landscape after decades of war.

His workplace was so remote that roads themselves would disappear, and travel was by foot, yak, or mule, following ancient pathways for weeks into the mountain kingdoms and desolate landscapes. Conservation, it turned out, provided a common bond between Alex's team and the people of Afghanistan, where his international team worked unarmed in some of the most dangerous places in the country.

They successfully built the country's first national park, completed the first wildlife survey in thirty years, and worked to stop the poaching of the country's iconic endangered animals, including the elusive snow leopard.

In doing so, they restored a part of Afghan identity that is ineffably tied to the land itself.

For a people who had spent decades as refugees or subject to the horrors and desolation of war, the quest to restore Afghanistan's wildlife became the restoration of Afghanistan's very culture and deep history.