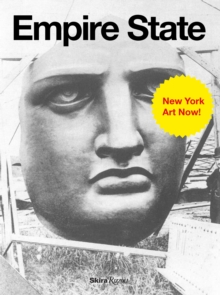 Contemporary art, like the city of New York, has seen massive growth over the past five decades.

The twenty-five artists profiled in Empire State, from Dan Graham and Jeff Koons to the net-based Tabor Robak, question existing conventions and explore the new possibilities manifested by their community's new, near-industrial scale.

Empire State is an exhibition that asks how artists might reimagine urban life and how the city of New York might continue to be a site of contestation.

Each artist's work is paired with original texts by a host of leading critics and curators, such as Bruce Hainley, Hans-Ulrich Obrist, Bonnie Clearwater, and Tina Kukielski.