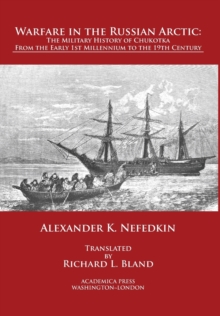 Warfare in the Russian Arctic : The Military History of Chukotka from the Early First Millennium to the Nineteenth Century Hardback

Bland, is devoted to the understudied topic of the military and military-political history of Chukotka, the far northeastern region of the Russian Federation, separated from Alaska by Bering Strait.

This study is based on primary sources, including archeological, folkloric, and documentary evidence, dating from ancient times to the cessation of conflict in the territory in the nineteenth century.