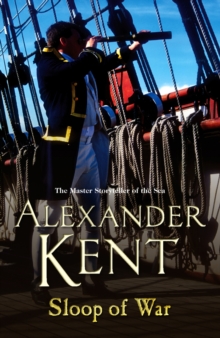 For the young Richard Bolitho the spring of 1778 marked a complete transformation for himself and his future.

It was the year in which the American War of Independence changed to an all-out struggle for freedom from British rule - and the year when Bolitho took command of the Sparrow, a small, fast and well-armed sloop of war. As the pace of war increased, the Sparrow was called from one crisis to another - and when the great fleets of Britain and France convened on the Chesapeake, Bolitho had to throw aside the early dreams of his first command to find maturity in a sea battle that might decide the fate of a whole continent.