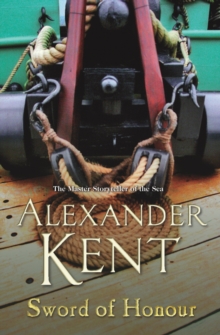 War with the United States has not yet ended, but news of Napoleon's defeat and abdication has stunned a navy and a nation bled by years of European conflict.

Victory has been the impossible dream and now, for Bolitho, a vision of the future and a personal peace seems attainable.

However an unsympathetic Admiralty dispatches him to Malta.

In this appointment a compliment or a malicious ploy to keep Bolitho from the woman he loves and the freedom he craves?

He cannot know, but the voice of duty speaks more insistently even than the voice of the heart, and in this familiar sea where both glory and tragedy have touched his life, Bolitho must confront the future, the renaissance of a hated tyrant, and the fulfilment of destiny.