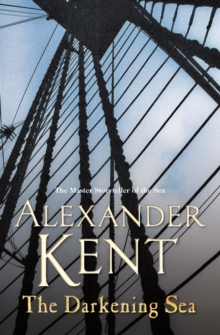 Returning safely to England after the dramatic capture of Martinque, Vice-Admiral Sir Richard Bolitho finds an all too brief respite from war and politics in the arms of his mistress Catherine Somervell.

But the shadow of a new conflict already darkens the horizon.

Although ordered immediately to the Indian Ocean, for the first time Bolitho's thoughts are not of glory but his own - and the Navy's - past.

Both Nelson and Collingwood died in their country's service.

For the navy's newest Admiral, is there life beyond the sea itself?