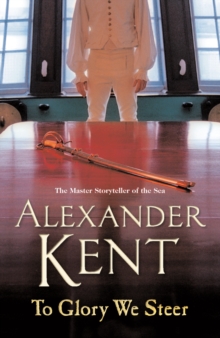 The time is January 1782, and British Captain Richard Bolitho is ordered to take the frigate Phalarope to the Caribbean, where the hard-pressed royal squadrons are fighting for their lives against the combined fleets of France and Spain and the upstart American privateers.

It should have been a proud moment for so young and junior a captain - but the Phalarope has already been driven to near mutiny and she is regarded with shame and suspicion. But Bolitho is no ordinary man. His determination is blended with humanity, and his efforts to give the ship back her pride mark him apart from his contemporaries.

As the little frigate sails under the blazing sun and fights her inner battles as well as faces the bloody broadsides of the enemy, Bolitho spares neither himself nor his men - and in the final great battle of the Saintes the chance comes to prove what both he and the Phalarope can achieve.