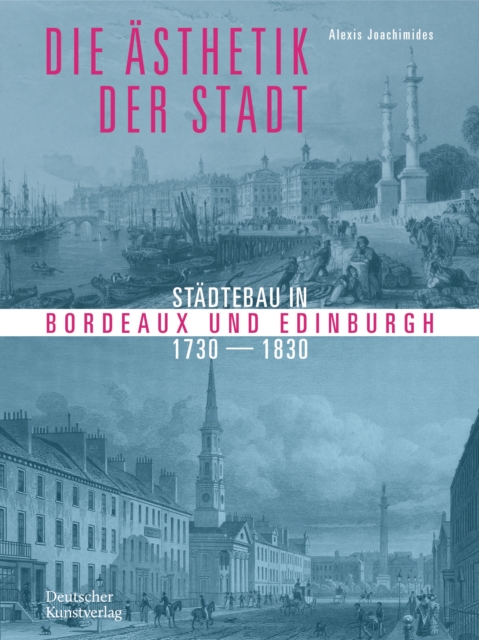 The new towns of Bordeaux and Edinburgh were the two largest urban expansions in terms of area within Europe at the time of their development.

Developing almost simultaneously between 1770 and 1830 as metropolitan residential districts, they spanned the transition from Early Modern urban planning to the urban development of bourgeois society.

They can serve as examples of the shift from the classic ideal city to the 19th-century city of tenement blocks.

In spite of this relevance, the two locations have thus far received little attention in the discourse surrounding historical urban development. The study presented here aims to take this deficit as good cause to examine the two urban expansion processes from a comparative perspective for the purposes of drawing conclusions on the history of urban planning.