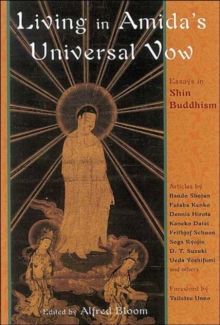 In contrast to monastic Japanese Buddhist traditions, which attracted the more learned and aristocratic elements of Japanese society, Shinran taught men in all walks of life to find solace and strength in Amida Buddha, a compassionate aspect of the Cosmic Buddha who renounced his own enlightenment until all men are saved through his power.

Though it has been in the West for over one hundred years, Pure Land and Shin Buddhism has been little known or understood among Western peoples.

This book brings together a sampling of the resources available for the study of Shin and Pure Land Buddhism through a variety of essays from important and influential journals and so contributes to a greater understanding of Buddhism in general and this school of Buddhism in particular.

These essays demonstrate to people unfamiliar with Buddhist scholarship some resources that they would otherwise probably never see. The anthology reveals the serious intellectual and spiritual character of Pure Land teaching, while, also, enabling the reader to gain a perspective on its very real significance for modern society.

The diversity of perspectives and views shown in these pages is a mark of vital religious reflection and shows Shin's many dimensions as a living tradition capable of giving meaning to everyday life and of inspiring commitment to the service of humanity.

The title Living In Amida's Universal Vow indicates that Buddhism is for living and is meant to suggest the pertinence of these writings to spiritual students and seekers who are not interested in dry scholarly analyses alone. 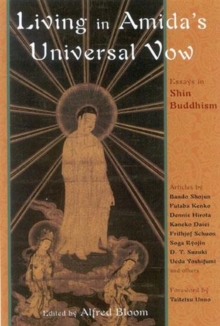