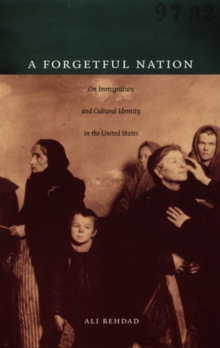 A Forgetful Nation : On Immigration and Cultural Identity in the United States Hardback

In A Forgetful Nation, the renowned postcolonialism scholar Ali Behdad turns his attention to the United States.

Offering a timely critique of immigration and nationalism, Behdad takes on an idea central to American national mythology: that the United States is "a nation of immigrants," welcoming and generous to foreigners.

He argues that Americans' treatment of immigrants and foreigners has long fluctuated between hospitality and hostility, and that this deep-seated ambivalence is fundamental to the construction of national identity.

Building on the insights of Freud, Nietzsche, Foucault, and Derrida, he develops a theory of the historical amnesia that enables the United States to disavow a past and present built on the exclusion of others.Behdad shows how political, cultural, and legal texts have articulated American anxiety about immigration from the Federalist period to the present day.

He reads texts both well-known-J. Hector St. John de Crevecoeur's Letters from an American Farmer, Alexis de Tocqueville's Democracy in America, and Walt Whitman's Leaves of Grass-and lesser-known-such as the writings of nineteenth-century nativists and of public health officials at Ellis Island.

In the process, he highlights what is obscured by narratives and texts celebrating the United States as an open-armed haven for everyone: the country's violent beginnings, including its conquest of Native Americans, brutal exploitation of enslaved Africans, and colonialist annexation of French and Mexican territories; a recurring and fierce strand of nativism; the need for a docile labor force; and the harsh discipline meted out to immigrant "aliens" today, particularly along the Mexican border. 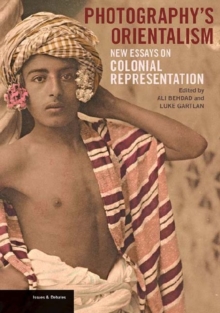 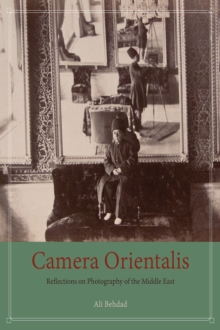 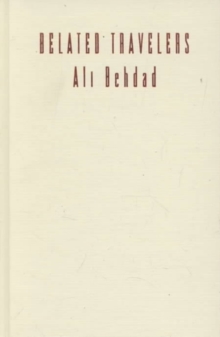 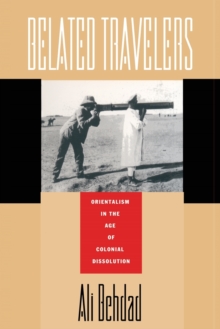