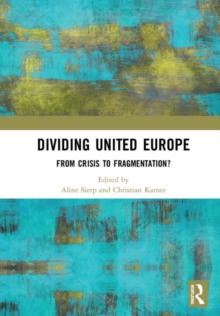 Pictures of Angela Merkel in a Nazi uniform, the burning of German flags, newspaper articles portraying Southern Europe as work-shy and Northern Europe as tight-fisted: The Eurozone crisis has thrown up old stereotypes; often digging into well-established historical images of 'the other'.

The conscious or tacit (ab)use of national prejudices by politicians and parts of the media, and the strong emotional reactions among European citizens have caused a lot of public concern about the likely negative implications of such reawakening of national cliches and the newly hardening boundaries they construct for the process of European integration.

It is evident that current and recent crises confront European citizens with profound dilemmas which they seek to make sense of, and in response to which much new political mobilisation takes place.

At the same time, some of the interpretative and political reactions thus generated also have the potential to become very destructive processes, putting into question years of integration efforts.

This book brings together scholars who examine the nexus between (economic) crisis, national identities and the use of historical images, and prejudices and stereotypes, by focusing particularly on media and political discourses in different European countries.

In addition to detailed empirical discussions covering diverse national settings across Europe, the different contributions discuss and offer a variety of conceptual and methodological approaches within the inter-disciplinary study of national identities, prejudice and stereotyping in the context of socio-economic and political crises.

This book was originally published as a Special Issue of National Identities.