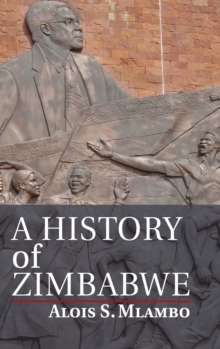 A History of Zimbabwe Hardback

The first single-volume history of Zimbabwe with detailed coverage from pre-colonial times to the present, this book examines Zimbabwe's pre-colonial, colonial and postcolonial social, economic and political history and relates historical factors and trends to recent developments in the country.

Zimbabwe is a country with a rich history, dating from the early San hunter-gatherer societies.

The arrival of British imperial rule in 1890 impacted the country tremendously, as the European rulers exploited Zimbabwe's resources, giving rise to a movement of African nationalism and demands for independence.

The 1990s were marked by economic decline and the rise of opposition politics.

In 1999, Mugabe embarked on a violent land reform program that plunged the nation's economy into a downward spiral, with political violence and human rights violations making Zimbabwe an international pariah state.

This book will be useful to those studying Zimbabwean history and those unfamiliar with the country's past.