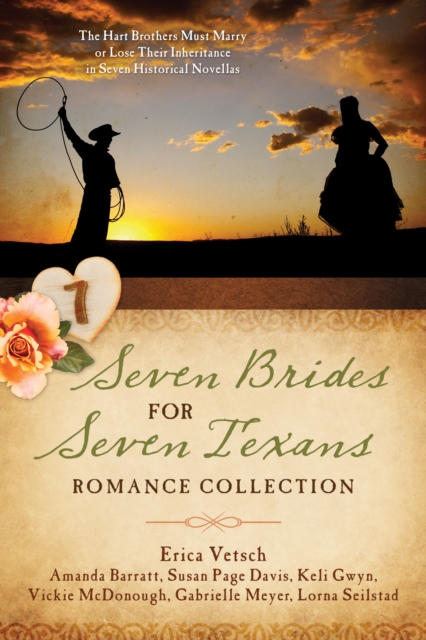 Seven Brides for Seven Texans Romance Collection : The Hart Brothers Must Marry or Lose Their Inheritance in 7 Historical Novellas EPUB

Seven brothers must marry within 1874 or lose their inheritance.

Meet the seven Hart brothers of the 7-Heart ranch in central Texas. Each man is content in his independent life, without the responsibilities of a wife and childrenuntil their father decides 1874 will be the year his grown sons finally marry, or they will be cut from his will. How will each man who values his freedom respond to the ultimatum? Can love develop on a timeline, or will it be sacrificed for the sake of an inheritance?

First Comes Love by Gabrielle Meyer
As the youngest Hart, Hays has never been first at anythingso he's determined to be the first to marry. He sets his sights on the new teacher, Miss Emma Longley, but he soon discovers Emma wants nothing to do with marriage, ranching, or Texas and plans to leave Hartville in two short months. Will Hays' charm be enough to convince her to stay?

The Heart of Texas by Lorna Seilstad
With Texas awash in outlaws, Ranger Chisholm Hart takes his oath to protect the citizens and their property seriously. When he meets feisty, independent Caro Cardova who can face a band of vigilantes, ride as well as a man, and shoot from the hip, he must decide if he can make room in his heart for both the state he loves and the woman who's stolen his heart.

The Truest Heart by Amanda Barratt
Despite his father's edict, Travis Hart is determined never to marry. The one woman he cares for is a distant memory, and he won't settle for a loveless union with anyone else. Yet when Annie Lawrence re-enters his life, the spark of romance he thought extinguished, bursts into flame anew. But guilt binds Annie to her past, and Travis fears that once again, he will have to watch the woman he loves walk out of his lifethis time forever.

A Love Returned by Keli Gwyn
When Coralee Culpepper declined his proposal, Houston Hart left Texas for the gold fields of California. But when hisfather's edict brings him home, will Coraleethe only woman to ever claim his heartaccept him for the man he is, or will she cling to the stubborn notion that she must marry a rancher in order to be happy?

For Love or Money by Susan Page Davis
Burned out of their house, Jane and her family move into a cave, where she discovers some hidden money. Crockett Hart comes to help them rebuild, and she asks for his help. When he learns where the money came from, he hopes it won't keep their two families apart, because he's falling for Jane.

Mail-Order Mayhem by Vickie McDonough
Austin's best hope to marry quickly is a mail-order bride. But the bride who arrived seems more interested in one of the ranch hands. Her sister Rebekah, who is chaperoning, keeps apologizing. Austin is ready to send his bride packing. Could God have other ideas for a wife for him?

Love at Last by Erica Vetsch
When her former patient, Confederate officer Bowie Hart, shows up on her doorstep, Elise Rivers agrees to his marriage-of-convenience proposal. But as she gets to know her scarred and taciturn new husband, she realizes she has a chance to turn a marriage-of-convenience into the love of a lifetime, if only she can convince Bowie that he is worthy to be loved.

Also by Amanda Barratt  |  View all 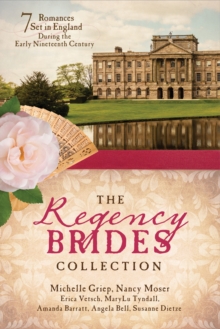 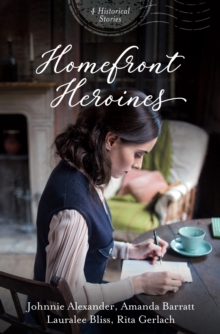 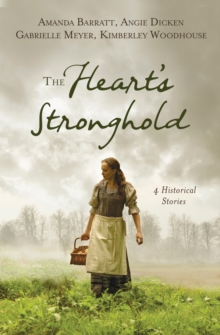 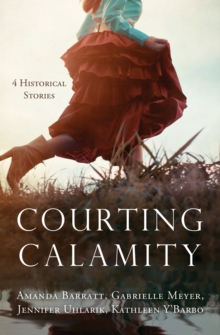