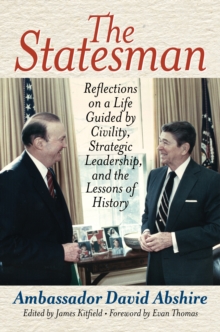 The Statesman : Reflections on a Life Guided by Civility, Strategic Leadership, and the Lessons of History Hardback

The late Ambassador David Abshire lived a quintessentially American life, one that spanned the Great Depression, World War II and the Cold War.

He graduated from West Point, fought in the Korean War, earned a doctorate in history from Georgetown University, and served in government during the Vietnam War.

He also co-founded one of the world's preeminent think tanks in the Center for Strategic and International Studies.

Along the way he became a personal adviser to multiple presidents, earning a reputation as one of Washington, D.C.'s truly wise men.

All of which makes the warnings contained in these memoirs so topical.

Writing near the end of his life, Abshire concludes that our country has lost its sense of strategic direction and common purpose.

Our domestic politics have entered an era of hyper-partisanship and gridlock, even as dangerous challenges to U.S. interests gather overseas. America, Abshire concludes, is in deep trouble. In this extraordinary final love letter to his country, Abshire tells his fellow citizens how to reclaim American exceptionalism.

That journey begins with rejecting the great incivility that has infected our national discourse.

That fundamental lack respect among political partisans has eroded our trust in each other, and faith in our leaders.

The only way to recapture them, Abshire argues persuasively, is to reinvigorate a politics of lively, robust debate within a framework of respect and civil behavior.

Before it is too late. 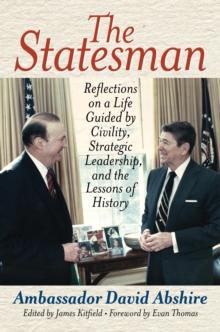