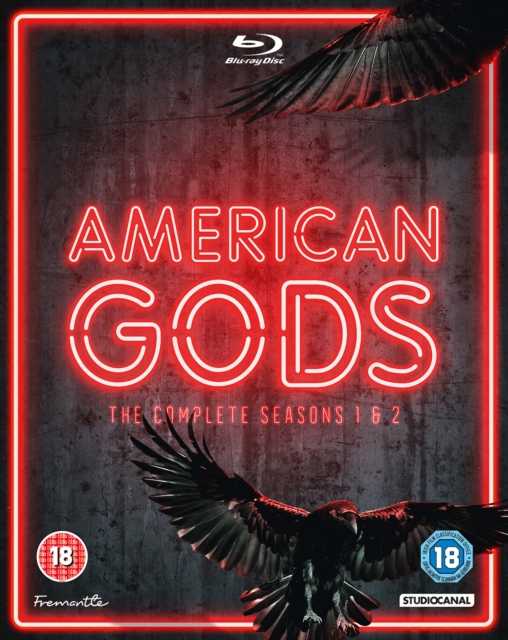 All 16 episodes from the first two seasons of the American fantasy series based on Neil Gaiman's novel of the same name.

After being released from prison early following the death of his wife, Shadow Moon (Ricky Whittle) is offered a job as a bodyguard by mysterious stranger Mr Wednesday (Ian McShane).

However, it soon emerges that Mr Wednesday is in fact an ancient deity travelling across the country rounding up all the old gods in anticipation of an epic battle against a new and powerful force intent on taking control of their world.

Caught in the middle, Shadow faces a number of tough choices as he struggles to accept his place in this new reality.

Season 2 episodes are: 'House On the Rock', 'The Beguiling Man', 'Muninn', 'The Greatest Story Ever Told', 'The Ways of the Dead', 'Donar the Great', 'Treasure of the Sun' and 'Moon Shadow'.