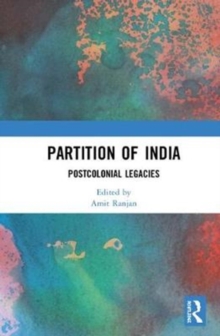 The Partition of British India in 1947 set in motion events that have had far-reaching consequences in South Asia - wars, military tensions, secessionist movements and militancy/terrorism.

This book looks at key events in 1947 and explores the aftermath of the Partition and its continued impact in the present-day understanding of nationhood and identity.

It also examines the diverse and fractured narratives that framed popular memory and understanding of history in the region. The volume includes discussions on the manner in which regions such as the Punjab, Sindh, Kashmir, Bengal, Uttar Pradesh (Lucknow) and North-East India were influenced.

It deals with issues such as communal politics, class conflict, religion, peasant nationalism, decolonization, migration, displacement, riots, the state of refugees, women and minorities, as well as the political relationship between India, Pakistan and Bangladesh.