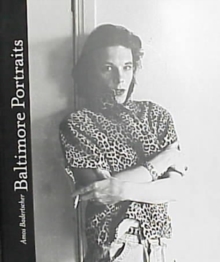 Baltimore Portraits is a unique presentation of photographs by Amos Badertscher.

These portraits-many accompanied by poignantly revealing, hand-written narratives about their subjects-represent a sector of Baltimore that has gone largely unnoticed and rarely has been documented.

In this volume, the assemblage of images of bar and street people-transvestites, strippers, drug addicts, drag queens, and hustlers-spans a twenty-year period from the mid-1970s to the mid-1990s.

Badertscher's arresting and melancholy photographs document a culture that has virtually disappeared due to substance abuse, AIDS, and, often, societal or family neglect. The photographer's focus on content rather than on elaborate technique reveals the intensely personal-and, indeed, autobiographical-nature of his portraits.

Their simplicity along with the text's intimacy affects the viewer in ways not easily forgotten.

An introduction by Tyler Curtain contextualizes the photographs both within the history of Baltimore and its queer subculture and in relationship to contemporaneous work by photographers Nan Goldin, Robert Mapplethorpe, Cindy Sherman, Duane Michaels, and others.

Curtain also positions the underlying concerns of Bardertscher's art in relation to gay and lesbian cultural politics. This striking collection of portraits, along with the photographer's moving text, will impact not only a general audience of photographers and enthusiasts of the art but also those engaged with gay and lesbian studies, queer theory, and cultural studies in general.

It is published in association with the Duke University Museum of Art. 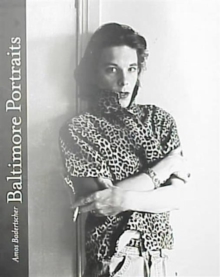